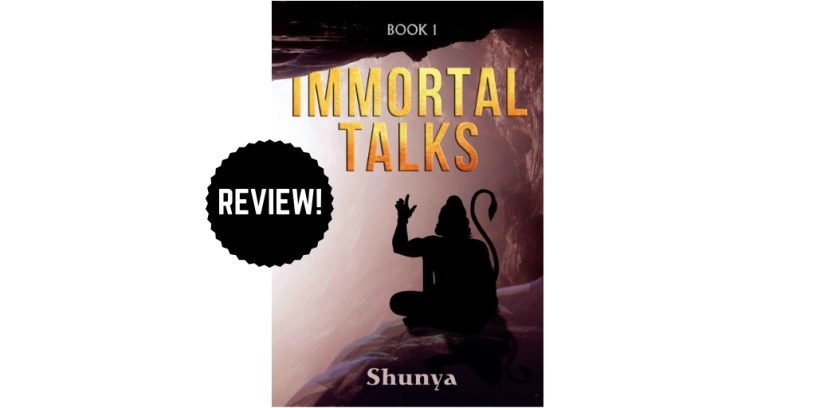 “Are you aware that you are not a body? You have a body.” chorused the elder Mahtangs.

Mahtangs (better known as Mathangs) are the tribal people residing in the forests of Mount Piduru in Sri Lanka. This tribe, similar to the sentinelese, choose to be cut off from modern civilisation but save for this they cannot be more different from the sentinelese. Mathangs are the followers of Lord Hanuman and descendants of Vibhishana, the brother of Ravana from The Ramayana. Apart from this, the Mathangs are said to be very spiritual and with good reason. It is said that the Mathangs are visited by Lord Hanuman in every 41 years. Quite interesting isn’t it?

All of this came to light in the year 2014 when a researcher was studying the behavior of the tribe and completely oblivious at the time as to what he was going to find! Fascinating!

Lord Hanuman is said to be among the 7 people who are said to be immortal. It is believed that every 41 years Lord Hanuman visits the tribe to teach and imbue divine knowledge to them. The Mathangs record the teaching of Lord Hanuman every 41 years in a Log book. Fortunately, the log book is now with an organization called ‘Setu Asia’which is trying to translate the book. Okay this was a short introduction to who the Mahtangs (or Mathangs) really are. Now let’s jump on to the book.

The book begins with Hanudas, a devotee of Lord Hanuman, who along with 2 other devotees is following some tribal people in order to observe and try to establish communication with them. Hanudas used to live an elite lifestyle with his family in Toronto and was neither religious nor spiritual. His wife dies in a car accident and later he loses his only son to drugs and paranoid schizophrenia. This leaves him to be completely hollow – ‘like a hoop which lets things pass through it. No sorrow. No pain. No regret.’ It was then that he encounters an unusual scene. He leaves for India and comes in contact with a Guru who gives him the name ‘Hanudas’ and explains to him that it was not a hallucination indeed. Gurudev explains it was because only pure souls can experience that. He explains that Hanudas encountered such a scene because after his son’s funeral his mind was absolutely blank, completely free and detached from everything the external world has to offer –

‘Your soul, like the majority of humans of this era, is asleep. Your soul awoke for a brief period of time on the day you buried your son’

After that moment he experiences a divine epiphany and leaves to wander – in search of nothing – in a pursuit to awaken his soul. He eventually feels that he has reached his destination when he comes across this tribe known as ‘Mahtangs’. He along with 2 more sages tries to approach the tribe but are rebuked by the leader and hence finds himself following and observing the tribe. Very soon he deciphers the meaning of the set of seven symbols he had collected from the Mahtangs. It translated as follows: ‘The immortal Lord Hanuman comes every 41 years to impart supreme knowledge to his disciples, the Mahtangs’. Over the course of next several months, he collected thousands of such symbols, or the puzzles wherin lay enshrined the entire knowledge Lord Hanuman imparted to his disciples.
He, with the help of other sages, deciphers these puzzles and documents them. These finding are henceforth explained in the form of different chapters in this book.

The religion – Hinduism (it actually is Sanatan Dharma) – is the oldest religion that exists today. It is the only religion in which even if you are an atheist, you are still a Hindu. It is the choice of the seeker whichever and whatever form of god he/she wants to embrace. Even the belief that he/she does not believe in god is a form of belief and hence that person is still a Hindu. It is a religion which is based on the practice of looking for the absolute truth which involves science more than anything. I will not be exaggerating when I confidently claim that all the things that modern science is discovering now has already been mentioned in the Vedas and Upanishads many thousands of years ago. It is more about Spirituality than being a ‘Religion’ in the strictest sense of the meaning of the word, and is FAR different from what is perceived by the masses. It is a way of Life, which is clearly evident by the contents of this book.

The book is written in a very simplistic manner which enables the reader to understand even the most complex workings of the truth of what the soul is, what is life, the movement of the soul from one body to another, the life and death cycle, the Karma-Desire, etc. If I have to describe my experience of reading this book in one word, I will choose – enlightening. The way in which everything was explained is very simple and effective. The reader is able to imagine every scene as if it is happening right before their eyes. The way in which everything is explained is extraordinarily simple, effective and quite enjoyable at the same time. The prologue of the book describes how Hanudas comes to find all the symbols and puzzles and the rest of the book in chapters and in the form of stories of the same tribe explains the subtleties of the extraordinary way in which the universe works, who we are and how to get out of this endless cycle of birth and death in Maya.

Those of you do not know, Maya is everything you experience. It is everything that you sense i.e., see, feel, hear, taste, touch. Maya is said to be an illusion. It is the physical world which follows the rules of space-time and the human soul which is stuck in this Maya thinking that it is the only reality experiences endless cycle of birth and death. The purpose of the human soul is to break this cycle and attain Moksha viz., unification with the absolute – the Bramh.

The book along with this also explains what the soul really is. How it goes from one body to another and what it experiences when it is out of a body. Not only this, the book also explains the type of souls there are, what are the characteristics of the soul which resides in birds, animals and humans. The struggle between the soul to be free from the shackles of birth and death and the limitations posed by the human body which understands this world to be the only reality and the Karma-Desire scale of balance is beautifully explained in one of the chapters titled ‘The Mermaid’ in the form of a story.

I definitely enjoyed reading this book. I’d say that it must be read at least once in a lifetime irrespective of which religion, caste or sex you belong to, or what belief system you have. Read this with an open mind because as the Vedas says, there is only one absolute truth rest everything is different realities varying from person to person.

Simple guy with exquisite tastes. constantly learning, constantly laughing, constantly rising, constantly growing. I am a civil engineer with a post graduate diploma in Operations and supply chain management. I am currently working in an MNC in Pune, India. View all posts by Shubhanshu Shrivastava

This site uses Akismet to reduce spam. Learn how your comment data is processed.

My Goodreads Shelf for Book lovers